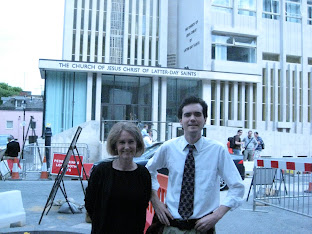 After Sung Eucharist at Westminster Abbey, we hurried off to South Kensington Station for the LDS church meeting with the Hyde Park Ward.

It’s a small world for Mormons

We had white shirts and ties but were hardly in our usual Sunday best, nevertheless, upon exiting the station, I made eye contact with a couple of young Germans who were dressed for Sunday and somehow recognized us for a party of LDS, one of whom made in inquisitive look.  “Are you looking for the LDS church?” I asked, and indeed they were—but in doubt for directions—so the eight of us proceeded together to the ward house. 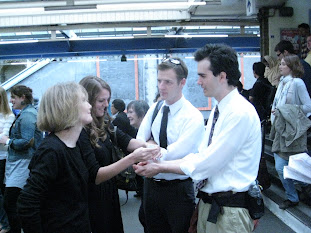 The majority of the ward was… expatriots!  Surprise!  (That’s my synonym for ‘immigrants’.)

The services were nice, rather more religious than the sermon at Westminster.  I was surprised at how large the congregation was.  (Perhaps seemed so because I’ve been routinely attending wards in the suburbs for so long.) 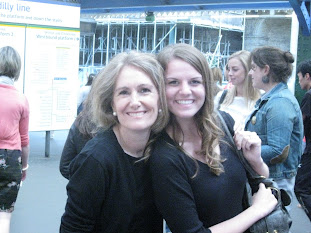 It’s small world for Mormons, after all

In Sacrament Meeting, Luther and I sat behind someone who recognized myself from my time in the Granite Bay ward.  What a thing!  On top of that, In Sunday School, I recognized a former classmate of mine from BYU.

There’s a disputed theory that everyone is three steps from Kevin Bacon.  In LDS circles, a similar claim asserts that every church member is at most three steps away from every other LDS church member.  (Remarkable if true, since it’s a worldwide church with membership exceeding 14 million[1], but it’s definitely possible, what with the perpetual diaspora of full-time missionaries across national and linguistic boundaries.)

Another remarkable claim: Luther said it was only his first time ever not knowing anyone at church, including his two years as a missionary in New York.