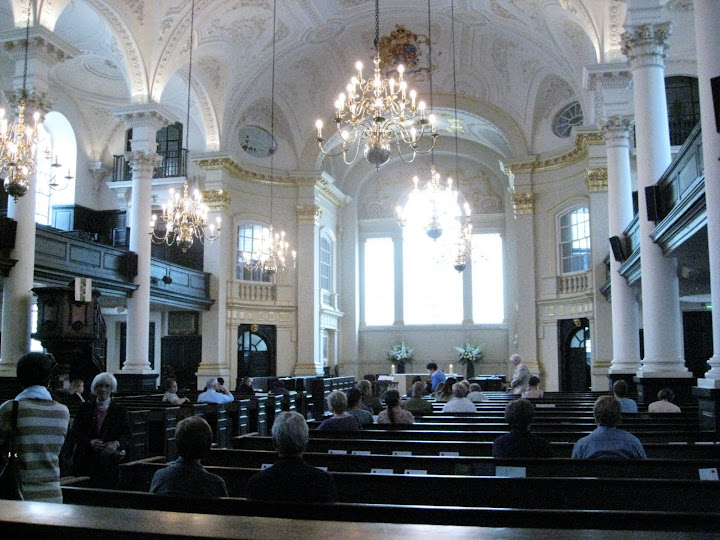 Our third church service of Sunday, 10 Aug was at St Martin-in-the-Fields.

Unlike Westminster, the interior was painted—and white; add in the grand windows, and it was quite bright in there.  Imagine travelling from a tenebrous and mysterious stone castle whose ceiling itself is nearly lost in shadow to this bright, white worship hall.  Each is lovely for its own merits. 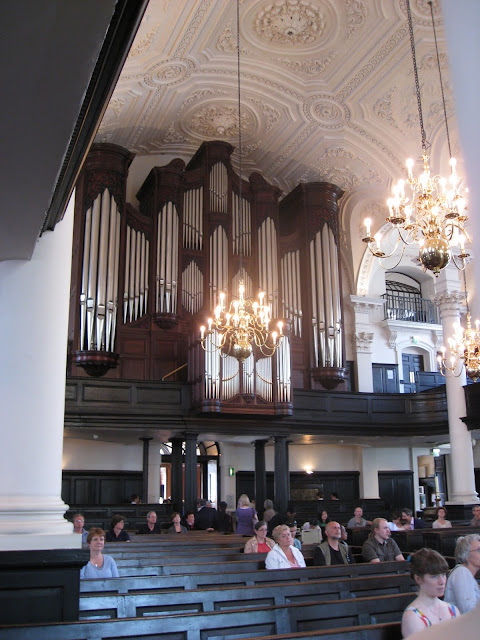 We visited St Martin-in-the-Fields for the sake of hearing the choristers, but I didn’t enjoy the music nearly as much as that at Westminster.  (Often, churches have visiting choirs performing, but this was not the case at any of the three services we attended this day, so if you’re trying to size of choirs based on my appreciation of them, make sure you remember this.)

The acoustics of the place were nice, and there was a lovely pipe organ in the balcony rearward.  The singing  didn’t hold my interest, though.  It was good, of course, but not so tight as to make me stand up and take notice, neither were the arrangements very exciting to me.

Who was St Martin in the Fields?

I assumed the name of the church meant that it would be a church among fields, dedicated to a saint named Martin.  Luther set me straight on the matter: ‘in the fields’ is an appelative phrase for distinguish

The earliest reference to a church on the site of present-day St Martin-in-the-Fields dates to 1222, but the church currently occupying the site was completed in 1726 (so it predates the revival of interest in St Martin of Tours, occassioned by the rediscovery of his tomb at Tours in 1860).

The church claims to be (or have instigated) the first free lending library in London and the first religious broadcast.

After the service, we made our way across Trafalgar square to St James Park, where we had a good picnic. 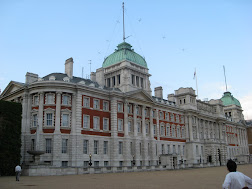 Ah, but isn’t picnicking a worthy pursuit?  It surely demands that we speak to one another; and the mundane, bandying of words in which we tend to engage daily just won’t do in such a setting.  One is induced to really hold thoughtful conversation—unless the weather be so muggy that one is induced, rather, into stupor. 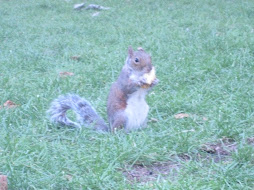 I tried to draw the others into reading together, but Cait would have none of it, so we ate and conversed, and every time that the inquisitive squirrel tried to insinuate himself, Dad chased him away (though we admonished him to leave well enough alone).

[1] How may St Martins are there?  I don’t know but I guess they include Martin of Tours, Martin of Braga, Pope Martin I, Martin of Arades, Martin de Porres, Martin Tho, Martin Tinh Duc Ta, Alexis St Martin.